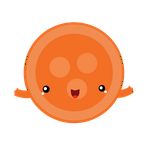 Updated 1 year ago by Shiftboard Support

Shiftboard's Tradeboard tool allows members to put up their shifts for trade, essentially to get them covered by someone else without getting a Manager involved. Once this tool is activated on the site, it can be controlled within the team settings. Note: While Tradeboard allows members to offer their shifts for others to cover, it will not enforce a trade. In other words, the person picking up the shift won't be forced to give up one or more of their shifts.

Tradeboard follows all rules that Site Administrators or Managers have established in Shiftboard. Shifts offered for trade will only be viewable by members of that team. The site will not allow anyone to double-book themselves, take a shift they don't qualify for (role), or put them into overtime.

Tradeboard has different settings from which to choose:

Managers and site administrators can view all current and past trades by going to Opportunity>Tradeboard. Depending on the Tradeboard setup, managers may see options to thumbs up or thumbs down (approve or deny ) a trade. From this page, managers and site administrators can directly message the individual that put the shift up for trade or can message the individual taking the trade.

Tradeboard is controlled on the team level. Each team can be set up differently depending on each team's structure and needs.

To activate Tradeboard on your site, contact our Success team at support@shiftboard.com.

How did we do?

(opens in a new tab)